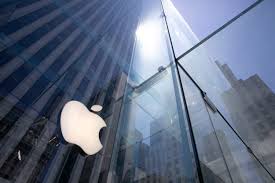 Apple is one such company which is so popular that everybody easily identifies it by simply looking at the logo. This company has come a long way since its inception.

In 2018 Apple made history. It is the first public US company to reach the valuation of $1 trillion. In just two years, the market cap of the company reached $2 trillion in 2020. AAPL Stock has increased in value ever since.

However, there is an amazing story behind Apple’s success. Most of us know little bits and pieces of the story. We will take a trip down the memory lane and discuss the events that made Apple one of the most valuable companies in the world.

In the year 1977, this company was founded. The founders were Steve Jobs and Steve Wozniak. They have built Apple l. It was just a motherboard. There was no monitor or keyboard. After they had some money, they built Apple ll. The company was incorporated in the same year. Wozniak was the one who built the computers. Steve Jobs took care of marketing. Apple ll became a huge success. Most of the revenue came from this model. The other models, like Apple lll and Apple Lisa, were not really successful.

Apple released Macintosh in 1984, but it was not very impressive. The competition increased, which lead to internal problems in the company. In those years, Jobs was fired from Apple. His position was given to John Sculley. After the departure, Jobs worked for NeXT. Under the reign of Sculley, Apple expanded the product line. He was the CEO till 1993. Apple did quite good in those years, but the completion was increasing after that Apple started facing problems again. The then CEO Bough NeXT which belonged to Jobs.

In the year 1997, Jobs became the CEO again. Jobs started thinking different and ahead of time to deliver such technologies which will open doors for Apple. He came up with iMac. It became the most popular product at that time.

After iMac’s success, Apple came up with new products starting with the word “i”. He started the Ecosystem. Apple launched the iPhone, iBook, iPod, iPad and MacBook Air. These devices were the best in the market. Apple strived during this time. AAPL Stock value increased at that time.

Jobs died in the year 2011. After his death, Tim Cook became the CEO of the company. Even though Jobs wasn’t a part of Apple, the company strived under the leadership of Tim Cook. They launched new products and services in the market. All these things made Apple what it is today.

If you want to invest in this stock, you can check its cash flow at https://www.webull.com/cash-flow/nasdaq-aapl. Disclaimer: The analysis information is for reference only and does not constitute an investment recommendation.