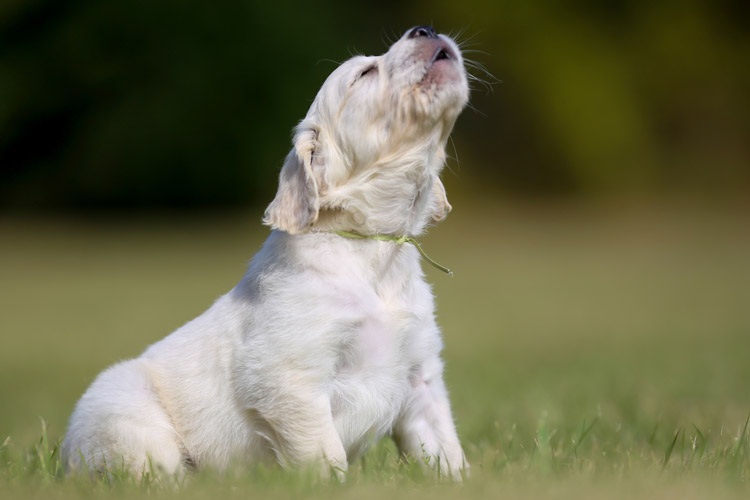 Is there any other sound quite like a dog’s howl? If you are ever out and about and hear a howl in the evening, it can be a very evocative sound. You might find it slightly spooky or mournful, and it will certainly send a chill up your spine. So, there’s no wonder that a few different myths and superstitions have surrounded dog howling throughout the ages. Here are some of the most intriguing ones.

Myth – Dogs Howl At The Moon

You might notice a dog howling during the night. Because this is when the howl is most noticeable, many people have suggested that it could be linked to the moon. In fact, there is a very common myth that is believed by people from a number of countries that dogs actually howl at the moon. This isn’t the case, though, as dogs will howl at any time of the day, regardless of whether or not the moon is out!

Superstition – A Dog’s Howl Is A Bad Omen

There is also another commonly held superstition that dog’s howls should be seen as bad omens. Lots of different cultures have this belief, including in Egypt and Japan. The Celts believed that a dog howling was a sign of doom and in Wales, a dog howling near a front door is a sign that there will be a death in the household.

Superstition – Dogs Howl To As A Warning About Werewolves

The dog howl has also been incorporated into a lot of supernatural tales as well! Take werewolves, for instance. These part-man part-wolf creatures crop up in a number of myths and legends in various countries. Many cultures believe that dogs can see these supernatural beasts and that they howl to warn us whenever there are any werewolves nearby. In most legends, it’s not just werewolves that dogs are meant to be able to see as it’s also thought that they can see ghosts, demons and other kinds of spirits. Spooky!

Of course, all of these myths and superstitions aren’t to be taken seriously. So, what is the reason for dogs howling? Well, no one knows exactly for sure but the most widely agreed theory between animal experts is that they howl in order to communicate with each other. Most dogs will howl when they are alone to see if there are any other dogs nearby and to let them know that they are lonely. That’s why some puppies howl and cry when they are left on their own for the first few times. As young dogs get used to being alone for a few hours, they will be less inclined to howl.

So, if your dog starts howling, it’s probably because they want to communicate with you. It might be because they are lonely or they are hungry and want you to feed them the best puppy food or tasty treat! It’s certainly not for any supernational reason, so you shouldn’t get so spooked out by it!